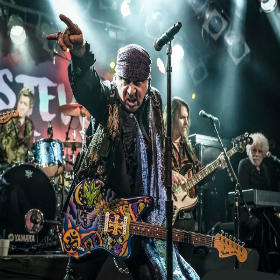 Little Steven & The Disciples of Soul

Little Steven, otherwise known as Steven Van Zandt, is one of the most extraordinarily multifaceted men in music. Part of the Rock and Roll Hall of Fame and founding member of Bruce Springsteen's E Street Band, he's been an undeniable influence on the Jersey Shore sound, as well as flexing his acting skills in The Sopranos. Now, he brings his Disciples of Soul to the UK once more, giving you the chance to witness one of the greatest living legends of our time.